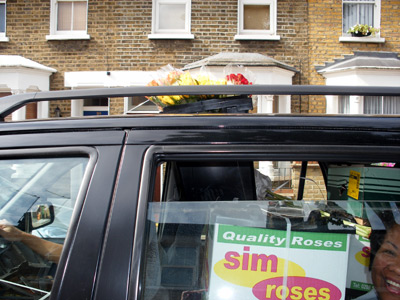 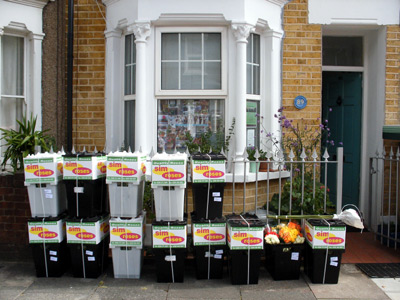 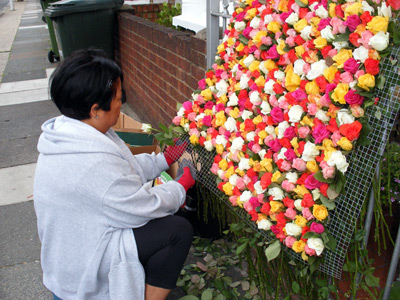 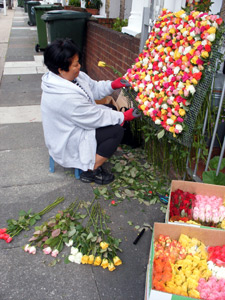 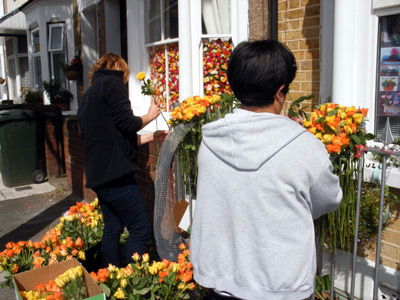 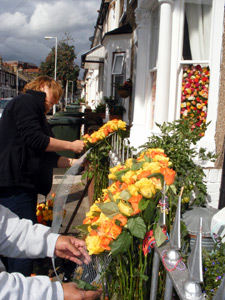 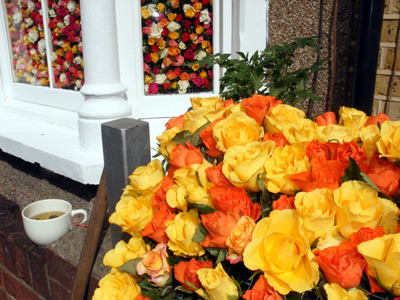 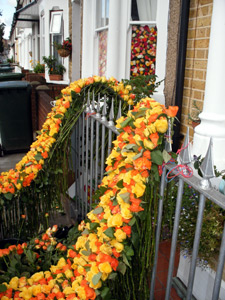 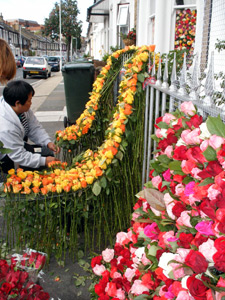 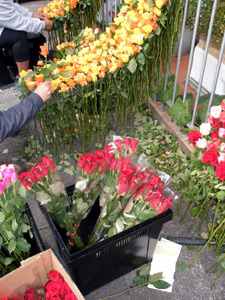 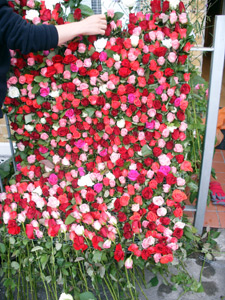 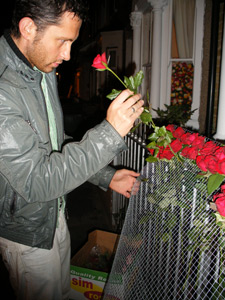 Boxes of cut roses from near-by Spitalfields Fruit and Flower Market were stacked outside Small World, which then became the construction site, over three days, for the installation of ‘Flower Power’. The artist worked constantly with a changing shift of residents who wanted ‘Flower Power’ windows for the project launch opening on 6 September 2008.

Sadly the budget was limited so the demand outstripped the supply. Working late into the night the final window was filled in a house of a French resident. It was the French who first brought the planting of flowers to East London in the 17th Century and the artist’s name is also French. However it is the Asian community’s extensive use of flowers and petals (historically and presently) which has influenced this project and which was admired by many as ‘up lifting against the grey’ urban space.